Deep vein thrombosis (DVT) happens when a thrombus, or blood clot, occurs in one or more of the deep veins in your body. While a DVT can form in other areas, they most commonly occur in the legs.

Though DVT typically causes leg pain or swelling, instances may also occur without symptoms, making them much harder to detect. DVT usually develops as the result of medical conditions that affect the way the blood clots or as a result of sitting for extended periods of time.

Left untreated, a DVT blood clot can break off and travel to the lungs, causing a pulmonary embolism, which is life-threatening. It can also lead to complications in the legs, such as post-thrombotic syndrome and chronic venous insufficiency.

Fortunately, a DVT is preventable, and it is treatable if discovered early. The circulatory system contains both arteries and veins. Arteries carry oxygen-rich blood from the heart to other tissues in the body, while veins return the oxygen-depleted blood back to the heart.

There are two types of veins:

In most cases, a DVT only forms in one leg or one arm, rather than both. The symptoms of a DVT may include: If the DVT dislodges or breaks off and traveled to the lungs, causing a pulmonary embolism, the symptoms may include:

In some cases, patients are unaware of a DVT until the clot moves to their lungs. Because of this, it’s important to seek medical attention if you notice any symptoms of a DVT or pulmonary embolism, to prevent serious complications.

A superficial venous thrombosis, also called superficial thrombophlebitis or phlebitis, is a blood clot that develops in a superficial vein. These types of blood clots are unlikely to travel to the lungs or cause life-threatening complications, unless they move from the superficial vein to the deep venous system. This is a rare occurence. A DVT can occur in anyone, regardless of age, race, activity level, or prior medical conditions. Certain factors can increase the chance of developing a DVT, however, especially if several occur at the same time.

Here are some factors that increase the likelihood of developing a DVT:

Certain chronic medical conditions can increase the risk as well, such as:

Other risk factors may include: The most serious complication of DVT is when the clot breaks off and travels to the lungs, resulting in a pulmonary embolism. Like DVT, a small pulmonary embolism that’s treated quickly and effectively can end in a full recovery, but there is a risk of lung damage or death. A massive DVT can be fatal within minutes.

DVT can also result in long-term complications from the damage that occurs to the valves in the veins, which is called post-thrombotic syndrome. Patients with post-thrombotic syndrome develop symptoms like pain, aching, and itching in the legs, skin discoloration, swelling, and in severe cases, scaling or ulceration in the affected area. These symptoms can be severe enough to cause disability.

Chronic venous insufficiency is another long-term complication of DVT. This is a condition in which the venous walls or valves in the vein are no longer working effectively, making it difficult for the blood to return to the heart from the legs. This causes blood to collect in the veins, known as stasis. The symptoms of chronic venous insufficiency include swelling, aching, and weakness in the legs, leathery skin, flaking or itching in the skin, venous stasis ulcers, and varicose veins.

Despite a widely held belief, a DVT does not cause a heart attack or stroke. These are caused by the blockage of an artery, known as arterial thrombosis. These types of clots can be serious, since they can obstruct the flow of blood to major organs, such as the heart or brain, leading to heart attack or stroke.

In addition, a DVT or pulmonary embolism can become chronic, with roughly 30 percent of patients at risk for recurrence. Like most medical conditions, DVT and pulmonary embolisms are much easier to prevent than treat.

Here are a few preventative measures to lower your risk of DVT:

If you’re concerned about developing DVT or a pulmonary embolism, speak with your doctor about specific preventative measures that are appropriate for your current health conditions and family history. If DVT is suspected, a doctor will perform a thorough exam and review your medical history to look for risk factors. Several tests are administered to diagnose a DVT, such as:

If a genetic component is suspected, blood tests may be needed, such as the D-dimer blood test, which measures a substance in the blood that’s released when the clot breaks up. This is important if: Patients with DVT may need hospitalization, though less severe cases may be treated on an outpatient basis. The goals of treatment are as follows:

These are “blood thinning” medications that affect the blood’s ability to clot. Though these medications are called “blood thinners,” they don’t actually thin the blood. Instead, they reduce the ability of the blood to clot. Anticoagulants can stop clots from getting bigger or moving to other areas of the body as well.

Anticoagulants don’t dissolve or destroy a clot, but the body has the natural ability to resorb it. In some cases, a clot will be dissolved by the body, but won’t disappear entirely.

The most common injectable anticoagulants are:

The most common oral anticoagulants are:

Different anticoagulants have different side effects, but the most common are bleeding, such as nosebleeds or bleeding gums, and bruising. In these cases, it’s best to consult a doctor to avoid any serious complications.

Thrombolytics are medications that actually act to dissolve blood clots to improve blood flow and prevent damage to the tissues. While these are effective medications for dissolving clots and preventing complications, they do carry a higher risk of excessive bleeding, so they are only used in severe cases.

If anticoagulants aren’t appropriate for treating DVT, a filter may be inserted within the inferior vena cava, a large vein that carries deoxygenated blood from the lower body to the heart, to remove or trap a clot before it reaches the lungs.

In severe cases, a thrombectomy may be used to remove the clot and prevent it from causing serious complications. This is a surgical procedure that involves an incision in a vein to remove the clot, then repairing the venous wall to restore blood flow. In some cases, a balloon-like device is used within the vein to prevent collapse.

If the clot is near the lungs, an embolectomy may be appropriate. This is a surgical procedure that involves an incision or a catheter inserted in the affected vein to remove the clot.

These procedures are usually recommended in emergency situations where other clinical interventions are not effective.

Preparing for Your Appointment

A DVT is considered a medical emergency, so it’s vital to seek medical attention immediately if you suspect one. If there’s enough time, however, there are a few things you can gather to help your diagnosis and treatment.

Some questions you may want to ask include:

You should also expect questions from your doctor, such as:

The more information you can provide to your doctor, the more effective and prompt your diagnosis and treatment can be. The finding of this retrospective study of over 400,000 people is that varicose veins are a common condition, but they can be associated with more serious health risks, such as DVT and other vascular conditions. Varicose veins (Superficial veins) do not typically cause DVT.  Rather it is the other way around. Further research is needed to determine if there is a causal relationship between varicose veins and DVT, as well as if there’s a common cause of the two, but it could indicate the importance of early evaluation of varicose vein disease.

Varicose veins are veins that become twisted and enlarged, most commonly in the legs, which can result from weak or damaged valves. Healthy veins return deoxygenated blood back to your heart, working against gravity to travel through tiny valves that, when working properly, stop the blood from flowing backward. If these valves are weak or damaged, blood can pool in the vein, causing it to stretch or twist.

In addition to being uncomfortable and unsightly, varicose veins can be painful and carry a risk of chronic swelling and venous stasis ulcers, which are open wounds that are difficult to heal. Varicose veins may also progress to a condition known as stasis dermatitis, which is a red rash on the skin in the affected area that may become shiny, hairless, and discolored. Venous stasis dermatitis is  alate complication of superficial venous reflux and varicose veins, often progressing to painful open sores (leg ulcers).

In most cases, varicose veins only worsen with time, so early treatment is recommended to prevent complications like pain, cramping, itching, swelling, and fatigue.

Though many patients with varicose veins have a problem localized to the leg, there are hereditary and medical factors that can cause or worsen varicose veins and their associated complications, such as DVT.

If you are suffering from varicose veins, it’s important to seek evaluation and treatment from a vein specialist, such as Dr. Simon at Vegas Valley Vein. After evaluating your medical history and the severity of your condition, we’ll recommend the appropriate testing and vein treatment for your needs to help you relieve the suffering of varicose veins. Contact us today to schedule your consultation!

Dr. Irwin B. Simon is a General Surgeon who has resided in Las Vegas since 1993. He is a graduate of Hahnemann University School of Medicine in Philadelphia, PA. After medical school, Dr. Simon trained as a General Surgeon at Mount Sinai Medical Center in Cleveland, Ohio. He then completed a Fellowship in advanced Therapeutic Endoscopy and Advanced Laparoscopic Surgery, also at Mount Sinai Medical Center.

To all our patients:

Your health and safety are our priority. We hope you and your families are safe and well.

We are actively and continuously monitoring the Covid-19 virus outbreak and are following the guidance of health experts as well as local, state, and federal authorities.

We’re happy to announce that we’re now fully open, and are taking all necessary precautions to keep you and your families safe. If you’re interested in vein treatment, we urge you to contact us and schedule an appointment today.

Although these are hard times for all of us, we’re continuing to provide the same level of service we always have. And we firmly believe we’ll come out of this stronger than ever. 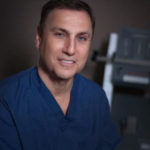